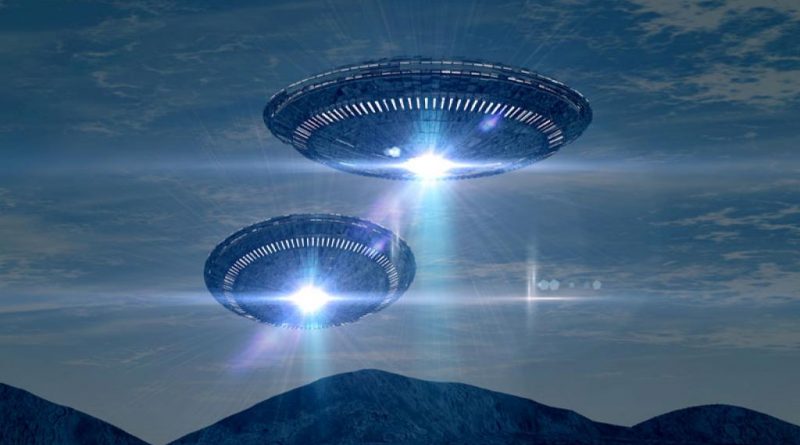 For a long time, people from different places in the world have reported seeing UFOs. An enquiry conducted by New York Times recently discovered that the Pentagon had supported a program to study alien presence on Earth for a long time. The program received couple of reports of flight vehicles that appeared to move very fast and have no indications of thrust, the Times revealed.

Although the most UFO sightings have been explained as common Earthly phenomena, there are still some that are left unexplained. In this article we give you the most mysterious UFO sightings ever.

One the most fascinating UFO encounters that was caught on video took place in 2004 when two Navy F/A-18F fighter aircrafts saw an unidentified flying object close to San Diego, The New York Times wrote. It appeared to move very fast, was radiating and rotating. On the audio recording one of the pilots can be heard saying that there is an entire fleet of these objects.

One of the officers, Cmdr. David Fravor, described the object resembling “a white Tic Tac”, almost the same dimensions like a Hornet, 40 feet [12 meters] long without wings. As his aircraft got closer to the UFO, the object started moving faster than anything he has seen in his life. Fravor stated for The Washington Post that he believes that the object was not from this planet.

In 1981, a 55-year-old farmer in Trans-en-Provence, France, stated hearing a weird, shrill sound before noticing a flying saucer close-by, but it took of instantly.

The police came at the location upon his call and took soil and plant samples. Specialists from France’s UFO-inspection organ, or Groupe d’études et d’Informations sur les Phénomènes Aérospatiaux Non-identifiés (GEPAN), confirmed that the soil was warm and stumped by something heavy. They also discovered traces of zinc and phosphate and proofs of anomalies in the vegetation close-by. But according to some, the reason for this was that the French military was making experiments.

It seems that the most reliable sightings are reported by pilots and officers. One recorded in 2013 by the National UFO Reporting Center (NUFORC), was reported by a pilot and astronaut in Athens, Texas. He said he saw something that resembled an orange, gleaming fireball.

Soon he saw more of these objects which were silent and appeared to shine from atmospheric warming. He and his family tried to record this with their mobile phones, however it was hard to tell from the grainy, dark video what was on it.

According to him they travelled significantly faster than orbital satellites (International Space Station, for instance) or planes, yet much slower than meteors and did not change color like meteors after entering the atmosphere.

A NUFORC received another report like the previous one from an airplane captain who was traveling between Los Angeles and Portland, Oregon, when he saw gleaming blue lights over Mount Shasta in California that seemed brighter than the stars normally do in the region.

According to him, the two lights were about an inch separated in the windscreen and about the same size of ordinary stars. Then one of the ‘stars’ simply darkened out for around a 10-seconds, after which the other one also darkened for 10 seconds.

He told they were flying in perfectly clear skies and that these two objects were not flying the usual west-to-east orbital path like other satellites do and were simply standing still there sort of like ships on display.

Many reports of UFO end up being military flares, strange cloud formations, climate phenomena or scams. According to GEPAN’s database just 7 percent of all alleged UFO sightings are really unexplained.

In the 1940s, the U.S. Air forces started inspecting UFO reports, and that program, called Project Blue Book, recorded over 12,000 such reports before it was closed in 1969. The majority of those Project Blue Book reports were eventually clarified. Although some stayed unexplained, the scientists working on the program did not believe that these instances were really extraterrestrials or totally obscure physical phenomena.

THE CIA DECLASSIFIED DOCUMENTS CONFIRMS EXTRATERRESTRIAL ACTIVITY ON OUR PLANET